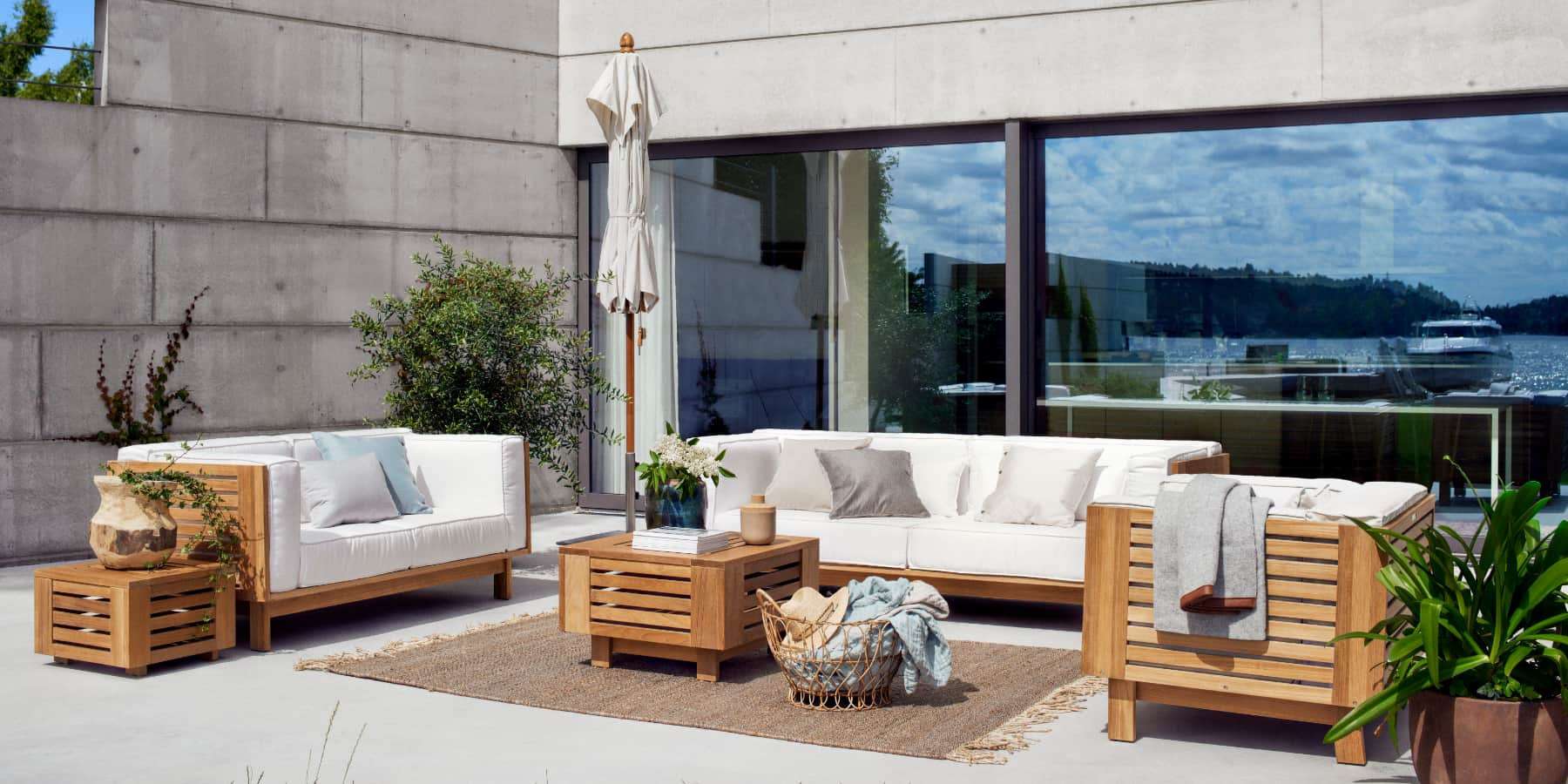 An Evolution in Scandinavian Outdoor Design

The southwest corner of Sweden is a peninsula stretching out towards Denmark, and it is home to the twin towns of Skanor and Falsterbo. Both of them exude bohemian nobility and natural privilege. Here, obviously, Joseph Frank drew and built five summer houses – the only ones in Sweden. Here, southern Swedish nobility bathes in the nude. Today the towns have grown into one and it’s not always apparent where Falsterbo ends and Skanor begins. But there is, they say, an embankment separating the two, with Skanor south of it and Falsterbo to the north. Our lounge ranges, Falsterbo and the new Skanor, are not easily separated either, with the latter as an evolutionary step from the former. But still there are some distinct differences. Such as the taller back-rest with nine slats, instead of seven, and the placing of the cushions.