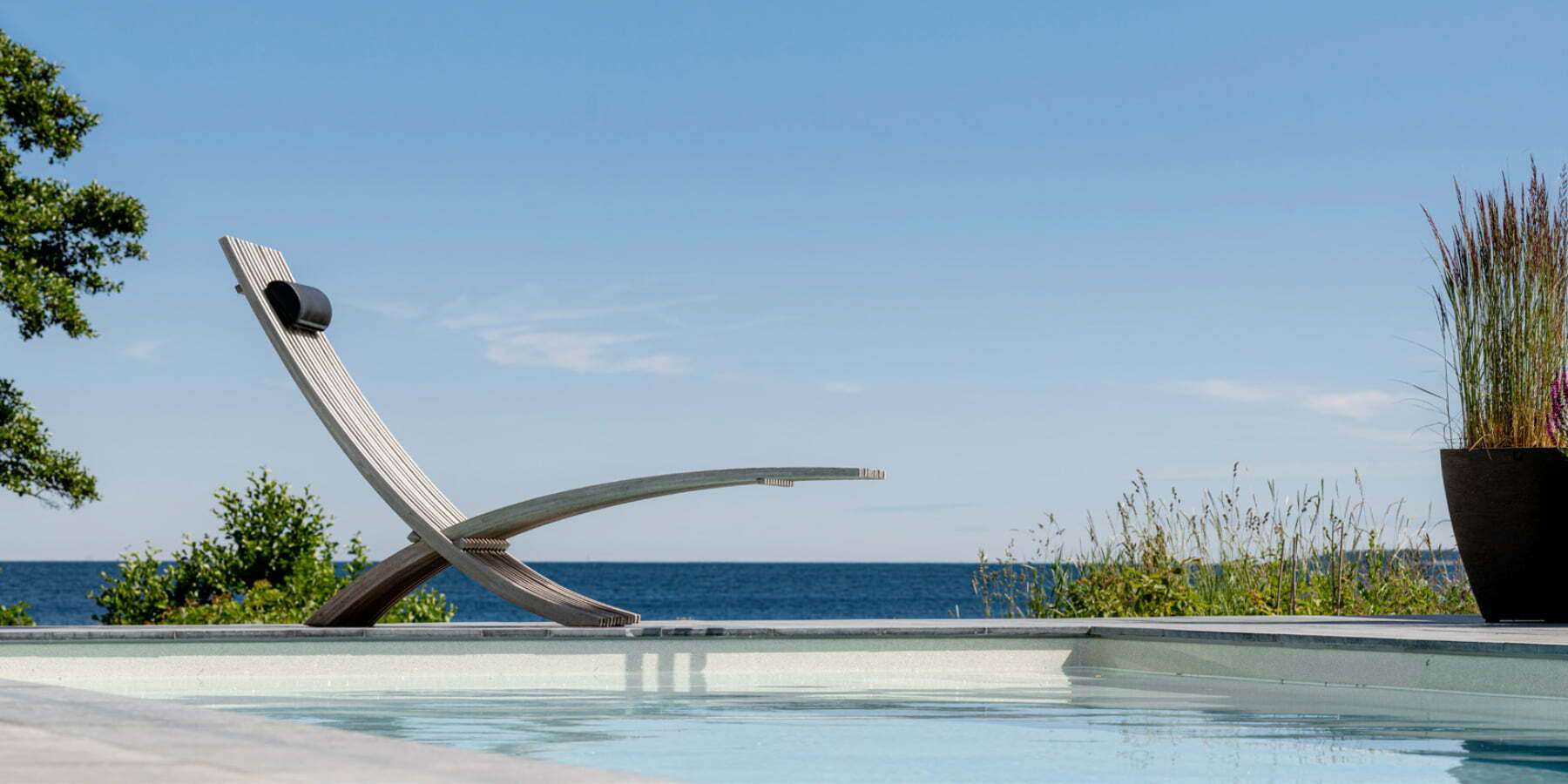 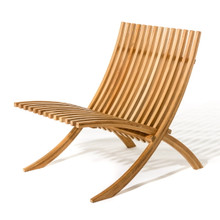 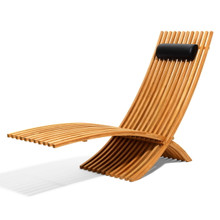 Nils-Ole Zib’s design philosophy can be described as an orthodox interpretation of ‘less is more’. Excitement, he says, happens when everything non-essential is scaled back to a point where you can’t remove anything else. The Nozib Sunlounger, designed in 1986, proves this point perfectly.

Or so it appeared, even to Nils-Ole, for quite some time. But it turned out it was actually possible to remove even more. Not to improve the original, but to expand it. So now, with a more conventional seating length and four legs instead of resting on all 24 slats, we proudly introduce the Nozib Cut. A lounge chair, cut from a design icon. Reduced, then further reduced.

Not entirely half-bad. It’s been 28 years since Nils-Ole Zib designed the original Nozib Sunlounger. Now we’re extending the line. Who knows what will be added in another twenty-eight years?

Nils-Ole Zib gave this chair his initials. Think about it. Something that you name after yourself is something you’re happy with, and quite rightly so in this case. Nils-Ole’s philosophy can be described as a type of orthodox interpretation of ‘less is more’. Excitement, he says, happens when everything non-essential is scaled back to a point where you can’t remove anything else. Nozib proves this point perfectly. It’s comprised of layer glued wooden slats, beautifully arched, perfectly mounted. It’s a sun chair. But it’s equipped to withstand rain and inclement conditions. From the screws that hold the end grain away from the ground, to the curved wood slats that are sealed with a dual component adhesive originally developed for making boats, and the neck pillow made of artificial leather.

A spectacular lounge chair made from 88 meticulously assembled teak parts. The neck cushion is made from water resistant artificial leather and can be height adjusted (or removed altogether). It also folds neatly away.